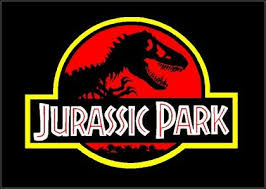 Who here has seen the movie (or read the book) Jurassic Park?

It was one of the epic stories of the 1990s.  Scientists find a way to bring dinosaurs back to life and put them on display for tourists.  How is that possible?  No problem!  They cloned them using dino-DNA from prehistoric mosquitoes trapped in fossilized tree sap.  How do they control the dinosaurs?  No problem!  Genetic manipulation makes it so that the dinosaurs can’t reproduce while high-powered electric fences keep them safely contained.  However, those who are familiar with the story know what happens next.  The genetic manipulation doesn’t take and the dinosaurs start breeding.  Then a power-outage deactivates the electric fences.  The tourists’ initial wonder gives way to terror as they are chased and eaten by hungry prehistoric predators!

This morning, we read from another classic story of human progress gone wild.  It’s the story of the Tower of Babel in Genesis 11.  The story begins on a positive note.  The human race exists as one family with one language.  They are explorers and inventors who bravely probe the depths of human creativity and ingenuity.  They settle new territory and develop new technology (i.e. bricks).  All in all, it sounds like a pretty utopian society, kind of like the United Federation of Planets in Star Trek.  But the Bible, it seems, is a bit more realistic than Star Trek.  It doesn’t take long before this “masterpiece society” develops a dark side.

The human race quickly gets ahead of itself in verse 4, saying, “Come, let us build ourselves a city, and a tower with its top in the heavens, and let us make a name for ourselves”.  That’s quite a leap, isn’t it?  One day, they’re inventing bricks and the very next day, they’re building downtown Manhattan, complete with skyscrapers!  There’s no small amount of arrogance that comes with this new idea.  Their new skyscraper will have “its top in the heavens”.  Humanity literally intends to lift itself up by its own bootstraps.  Also, they intend to “make a name” for themselves.  They want to be feared and respected.  By whom?  We don’t know.  Theoretically, this group comprises the entire human race.  But that’s just one more reason why we’re not reading these stories as literal and historical fact.  They’re stories that are meant to tell us something about who we are and who God is.

What’s the reason for this sudden and huge undertaking?  Why build this urban metropolis?  The people tell us why in the second half of verse 4: “otherwise we shall be scattered abroad upon the face of the whole earth.”  They’re afraid.  They’re afraid of being scattered.  The flip side of their arrogant pride is a paralyzing fear.  Do you know anyone like this?  Some big and tough person whose macho attitude is just a cover for feeling afraid and insecure?  Bullies like this are everywhere: from high school locker rooms to corporate board rooms.  They’re all motivated by fear.  In fact, if we’re honest with ourselves, I think we can all identify with that impulse to hide our fear with pride.  It’s no different for the humans in this story.  Their big building project is motivated by fear.

The ironic thing is that this fear becomes a kind of self-fulfilling prophecy.  The text tells us in verse 8 that, in the end, “Yahweh scattered them abroad from there over the face of all the earth”.  The very thing they feared is what they brought upon themselves through their efforts to relieve their fear.  It’s kind of tragic, isn’t it?

But is “scattering” really so bad?

In order to answer that question, we should first look at the reason why God decided to do it.  Everybody was safe, happy, and getting along with each other in Babel.  Why not leave well enough alone?  God gives a hint in verse 6, saying, “Look, they are one people, and they have all one language; and this is only the beginning of what they will do; nothing that they propose to do will now be impossible for them.”  Now, that might not sound so bad at first, but think about the kinds of things that humans tend to do when they get together and make big progress on big projects.  Midway through the twentieth century, humanity unlocked the secrets of the atom.  The very next thing we did was make a giant bomb and use it.  We then spent the remainder of the century living in the shadow of the mushroom cloud, terrified of nuclear annihilation and “mutually assured destruction”.  That’s the kind of thing that human beings do when “nothing that they propose to do [is] impossible for them.”  So God, interrupting this progress-gone-wild and scattering the human race, was actually saving people from themselves.

I think God is trying to say, “Hey everybody, get out there!  Go out into this amazing world and be who you were meant to be!  Don’t let fear hold you back!”

Traditionally, the invention of languages in this story is thought of as a punishment for the human race, but I’m not so sure about that.  I see it as a blessing.  God sees human beings imprisoning themselves behind walls made of brick and fear.  God is a like a mother eagle who gives her little birdies a push out of the nest in order to teach them how to fly!  The push out of the nest in this case is the confusion of languages.  In other words, God challenges humanity to become who they were meant to be by giving them the gift of diversity.

In many ways, things aren’t so different for you and me.  We build our own protective “towers” of ideology.  Whether you’re fearful about the economy, social justice, church attendance, or family values, the temptation is the same: to imprison yourself behind the brick walls of arrogance and fear, blurting out easy answers in convenient, bumper sticker-sized slogans, and surrounding yourself with people who talk like you, look like you, think like you, and believe like you.

Enter God.  God sneaks behind the walls of your tower of terror with this brilliant gift of diversity.

Through this gift, God shows you that life is far more complicated than your easy answers would have you believe.  Through this gift, God meets you with the realization that you really don’t understand the human being sitting right next to you at home, at church, or in line for the voting booth.  And if you ever hope to understand that person, it’s going to take a long and difficult process of patient listening.

But if you can rise to the occasion, if you can receive God’s gift of diversity, and if you can accept God’s invitation to embrace real unity rather than simple uniformity among your fellow human beings, you’ll discover that being “scattered abroad upon the face of the whole earth” isn’t so bad after all as God leads you out from behind your walls of fear and into this amazing world and the fruitful life that God has always meant for you to have.

2 thoughts on “The Gift of Diversity”