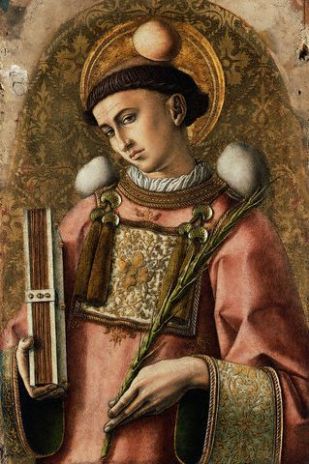 Today is the feast of St. Stephen, deacon and martyr.

Folks think of deacon’s work as charity, but that was certainly not the case according to Acts.  The office of deacon was created as a ministry of social justice to overcome racial inequality and ensure a just distribution of resources.  The apostles thought this work was so important, they created a separate ordained office.  Stephen also became known as a great teacher and healer.  According to the Book of Common Prayer, part of the deacon’s job is to “interpret to the church the needs of the world.”

St. Stephen’s life ended with him becoming a victim of religious intolerance and an example of nonviolent resistance.  He practiced what he preached to the end.

2 thoughts on “The Feast of Stephen”