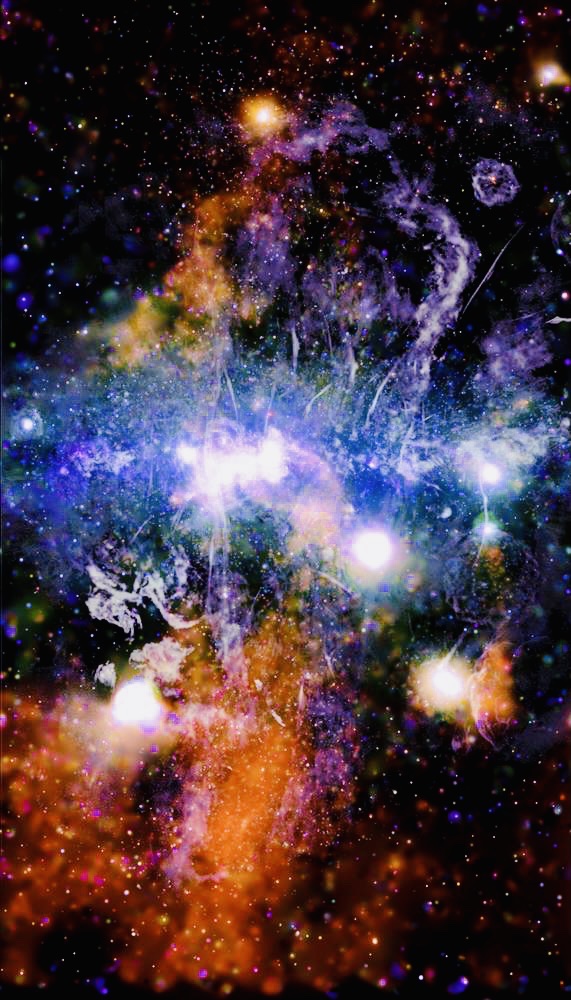 A friend asked me this week, “What do you tell yourself when you are fearful of your own mortality and the fragility of your own life?” This is one of those questions that people ask you when they find out you’re a minister. (I suppose it’s an occupational hazard.) It’s an important question that gets at the heart of what drives people to religion and spirituality in our culture.

I say, “in our culture,” because this is not the only question that has driven the spiritual quest in every place and time. The ancient Hebrews, for example, had no concept of an afterlife. Their primary religious question was not, “What will happen to me when I die?” but “What will happen to our people now?” The reward they conceived for obedience to the Torah of their ancestors was not a blissful afterlife for individuals in heaven, but a prosperous life for their community on Earth. Individual mortality was a given for them, but the survival of their people was of paramount importance.

The Jewish concept of an afterlife developed over time and took several different forms before the beginning of the Common Era. Later Christian formulations evolved from those forms. Both traditions, to this day, maintain multiple views and opinions on the subject of the afterlife.

Other spiritual traditions have their own opinions about what happens to people when they die. Hinduism and Buddhism, for instance, both espouse a belief that people in the West call “reincarnation” (though a Tibetan Buddhist friend tells me that his tradition prefers to call it “rebirth”).

Some (though certainly not all) who claim no religious affiliation take a “that’s it” approach to the end of a person’s physical existence. “The body dies,” they say, “and then that’s it.Nothing else comes next.”

I will not be so bold as to attempt to resolve this important question for all of you today. One of the beautiful things about Unitarian Universalist communities is the theological diversity that exists among your membership. It would be a sacrilege to insult that diversity by imposing one particular interpretation above all others. What I purpose to do instead, in this sermon today, is to take an “at least” approach to questions about the afterlife. Whatever else life after death may (or may not) be, it is “at least” as much as what we know through science.

Let’s start with the following assertion: Reality is relational. At every conceivable level. Community is everything and everything is community.

This is a fact. We know this from our study of the universe.

At the macroscopic level, planets and stars are drawn together by gravitational attraction to form solar systems and galaxies.

At the level of human observation, gravity is the arm that Earth uses to hold us all close to her heart.

Human beings and other animals experience a similar force of attraction that draws us together into families and communities for the purposes of survival and reproduction. When we experience this attraction to one another, and the conscious choice we bring to that attraction, we don’t call it gravity; we call it love.

In politics and economics, our choices to honor “the inherent worth and dignity of every person” and respect “the interdependent web of all existence” are themselves acts of love. To quote the present-day prophet Cornel West, “Justice is what love looks like in public.”

Even the individual “I” that I think of as “me” is, in truth, a community. My consciousness is an emergent property of the electrochemical relations between the cells of my body.Biologists refer to this as “the neural network.” The atoms that presently comprise my body were forged billions of years ago in the furnace of a long-dead star. The stars are my ancestors and are part of me today. As Carl Sagan was so fond of telling his audience, “We are star stuff.” After my biological life is over, the atoms of my body will disperse and go on to become part of someone else. From the cellular, to the social, to the solar levels, and everywhere in between, reality is relational.

First of all, I think the relational nature of reality gives us a way to get past the seemingly insurmountable differences we find between various theories of the afterlife. If reality is relational, then relationship is the ultimate source from which all beings derive their existence. If reality is relational, then equitable relationships (with ourselves, each other, and the planet) are the highest and most sacred goal that human beings could pursue. Terms like “most sacred” and “source of all being” are titles that people in some religions would apply to their concept of “God.” My favorite passage in the sacred texts of my own Christian tradition is 1 John 4:16, “God is love, and those who abide in love abide in God, and God abides in them.” This passage takes on new depths of meaning for me when I hold the phrase “God is love” next to “reality is relational.” A person need not be religious or believe in a personal deity to see the value in this interpretation.

When I die, my body will be recycled back into Earth. I will still be giving new life to other organisms long after I am gone. Those organisms too will eventually die and pass the gift of life to others, just as it was passed to us. The physical and chemical elements that currently empower my neural network will eventually disperse and enter into new relationships with other beings. The “I” that think of as “me” will one day become part of someone else. On that day, relationship will be all that is left of me. On that day, I will become love.

When I imagine death and reality in this relational way, I can see how people in some spiritual traditions could say that the dead have been “reborn” or “resurrected.” If the dead have indeed “become love,” I can understand how some might say that they now have “eternal life” with God and the saints. I can also see how it makes sense to believe that an individual’s personal identity ceases to exist when their brain and body stop functioning. When we imagine reality as relational, we gain the power to resolve the conflict between differing interpretations and religious traditions. We gain the power to hold all of them (and more) together in a unified and interrelated whole.

The second gift that relational nature of reality offers us is the power to have faith without superstition. A person need not believe in a personal God or an immortal soul to accept that reality is relational. If reality is relational, a naturalistic worldview need not necessitate the cynical belief that life is meaningless or hopeless. Indeed, a naturalist who understands the relational nature of reality may find it easier to grow a meaningful and hopeful life than a traditional theist who maintains belief in “God” and “soul” as isolated monads. Even the most ardent atheist can say a heartfelt “Amen!” to the Unitarian Universalist principles of “the inherent worth and dignity of every person” and “respect for the interdependent web of all existence, of which we are a part.”

This understanding of the relational nature of reality offers much to us, but it also asks much from us. It asks that we let go of our egocentric and anthropocentric ways of thinking and living. It asks that we stop centering ourselves in conversations and focus our attention on serving the common good. It asks us rememberthat the way we treat ourselves, our fellow humans, and ourplanet has more spiritual value than any religious dogma or spiritual platitude ever could. In the words of Jesus of Nazareth, the only way to truly love God is by loving your neighbor as yourself. The relational nature of reality asks us to “become love” while we are still alive and have the power of intentional choice. This, in the end, is the kind of life that matters most.

On this Memorial Day weekend, the people of this congregation have gathered to remember those who have come before us, those who have died, those who have “become love” in our midst. May our good memories of these people inspire us to become the hands and feet of love while we still have breath in our lungs. May our bad memories of these complex and imperfect people guide us to honor their legacy by doing better than they did. May we learn from their successes and failures. May we, by our own moral choices, claim our place in the cosmic network of relationships until that day when our biological functions cease and we ourselves “become love.”